born in 1991, Poland. Graduated from University of Arts in Poznań, Poland in the Faculty of Painting under the supervision of Professor Włodzimierz Dudkowiak in 2016. At the same year he was nominated to 36 th edition of the Maria Dokowicz Competition – The Best Diplomas in Art 2016 (Poznan International Fair) during which he won the Grand Prix in the category of Artistic Diploma and Special Prize of the Bank PKO SA. In 2016 he get Artistic Award in the National Painting Competition New Image/New View and he was fnalist of Hestia Artistic Journey Competition (2014, 2016). He lives and works in Poznan where he continues his Phd. in painting. Since 2016 he collaborates with Assembly Gallery. 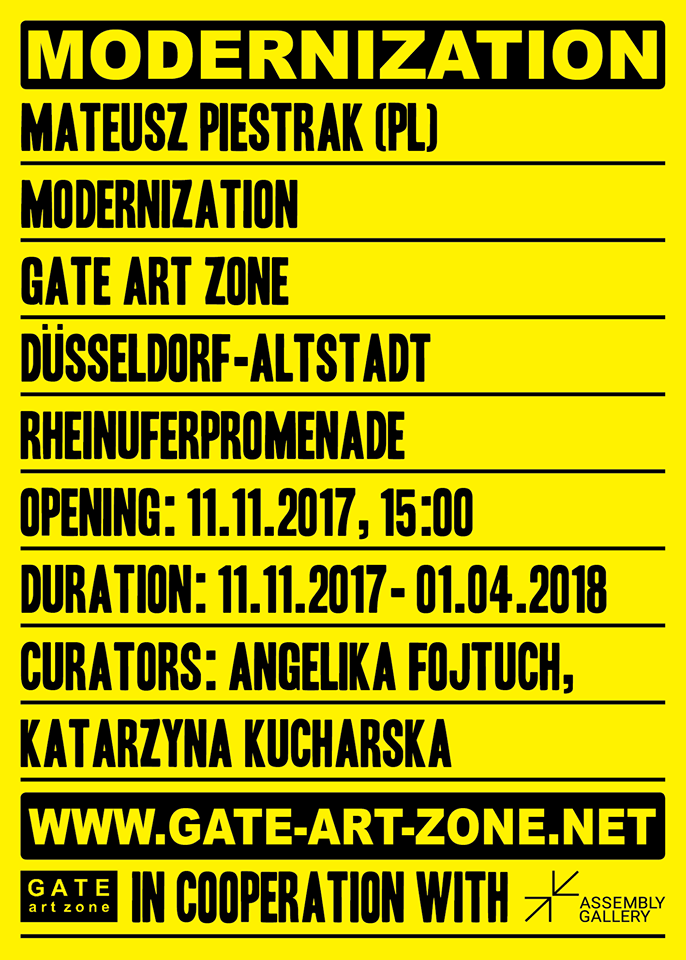 Visibilities
My artistic explorations revolve around the issue of contemporary painting in the face of post-media conditions. A set of paintings presented under the title ‘Visibilities’ is in fact a choice of works created over the past year on the basis of considerations, concerns and attempts to answer the questions about the possibilities to manifest the reality. But yet, any attempts to organize the contemporary world turn out to be futile in the face of its complexity and fuidity. The only chance remains perhaps on the surface.

Therefore, I stay consequently interested in new images. I try to recognize my own vision (as opposed to the knowledge), determine my perspective, analyzing the images through which I perceive reality. These images, of course, differ from each other, they are everywhere, they are increasingly important and there is more and more of them. Initially, while working on their realizations, I was focused on to the contemporary media tools, by which images are being created and processed today. I was wondering, what role could painting itself play against those tools. Using a digital media tools I shaped some elements of the images and invoked their forms. The painterly gestures struggled with the fundamental characteristic features of the software itself (which long ago came into common use and awareness). Over time, this process has become more complex, the number of operations performed on the individual images has increased signifcantly, and their nature and the manner of painting have become more and more complicated. I began to “weave” into the paintings fragments of other images, to create templates based on themselves, to sample fragments of the previous realizations – interfering again and again in the prior state – I appreciated the importance of intermediate states, the value of temporariness. I try to capture a particular moment of change, some kind of a movement in the images, without deciding at the same time, whether the movement is associated more with the formation and expanding of the image or its disappearance and disintegration. My paintings have gained the plurality of layers, and the basis of my work has become their constant covering and uncovering. The process of “discovering” the image has become the inherent theme of my work. The multiplicity of states and forms I’ve called, emerge new images, whether it is a familiar landscape, the famous work of art or another, any recognizable shape. In such cases – the most important factor is just a mention of the subject, a kind of ‘the promise of reading’ as Calvino would say. It is as if the images are already waiting for me, as if they already exist, and my job is to reach out to them. In my painting, I care on the obtaining and maintaining the continuous impression of “becoming” the image, elusive ambiguity.